In this installment of the Detroit Worldwide Podcast, Marquis connects with OBGYN physician and surgeon, Dr. Kasandra Scales about her journey into the medicine as well as the inspiration behind her company, Be Bougie, which is an online store that  supports Detroit-based non-profit foundations.

Kasandra also discusses her advocacy work and why she is committed to amplifying Black excellence in the field of medicine.

Dr. Kasandra Scales is a Detroit native and a graduate of Michigan State University where she pledged Delta Sigma Theta Sorority, Inc. and was elected National Second Vice President in her junior year.

Following the completion of her degree from Michigan State University,  she moved to the East Coast to pursue her Masters in Public Health at Columbia University in NYC and was awared the Arnold P. Gold Humanism Award for her work with displaced Hurricane Katrina Survivors in NYC.

She received her medical degree and completed residency at Upstate Medical University in Syracuse, NY in Obstetrics and Gynecology.

Dr. Scales now practices as a full-time OBGYN physician in the DMV area.

She is also the  co-founder of  an e-commerce brand called Be Bougie with her business partner Allyson (also an OBGYN) to encourage and empower women to embrace higher standards in all aspect of their lives via statement tees & apparel.

10% of the sales is earmarked to support the Detroit-based non-profit The Pretty Brown Girls Foundation.

Enter Promo Code: WhatUpDoe  to save 15 % on your next order 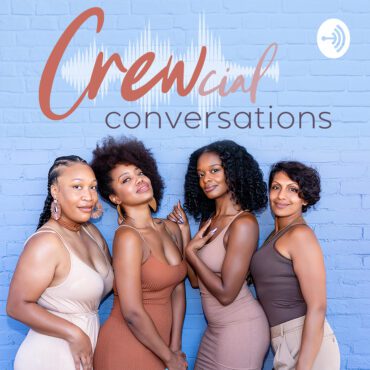 This episode The Crew gives us Part II of the interracial relationship discussion. The ladies get the perspective from the opposite side of the spectrum as the welcome a friend […]

The Thicc Six Episode: The Making of Big Man TDs